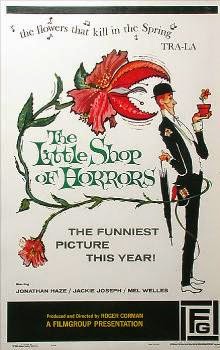 Sometimes I look through the dollar DVD section in drug stores, gas stations, or in this case, a bait and tackle shop. Most of the crap is crap of course. But sometimes you find little treasures. I flip through and I find this... 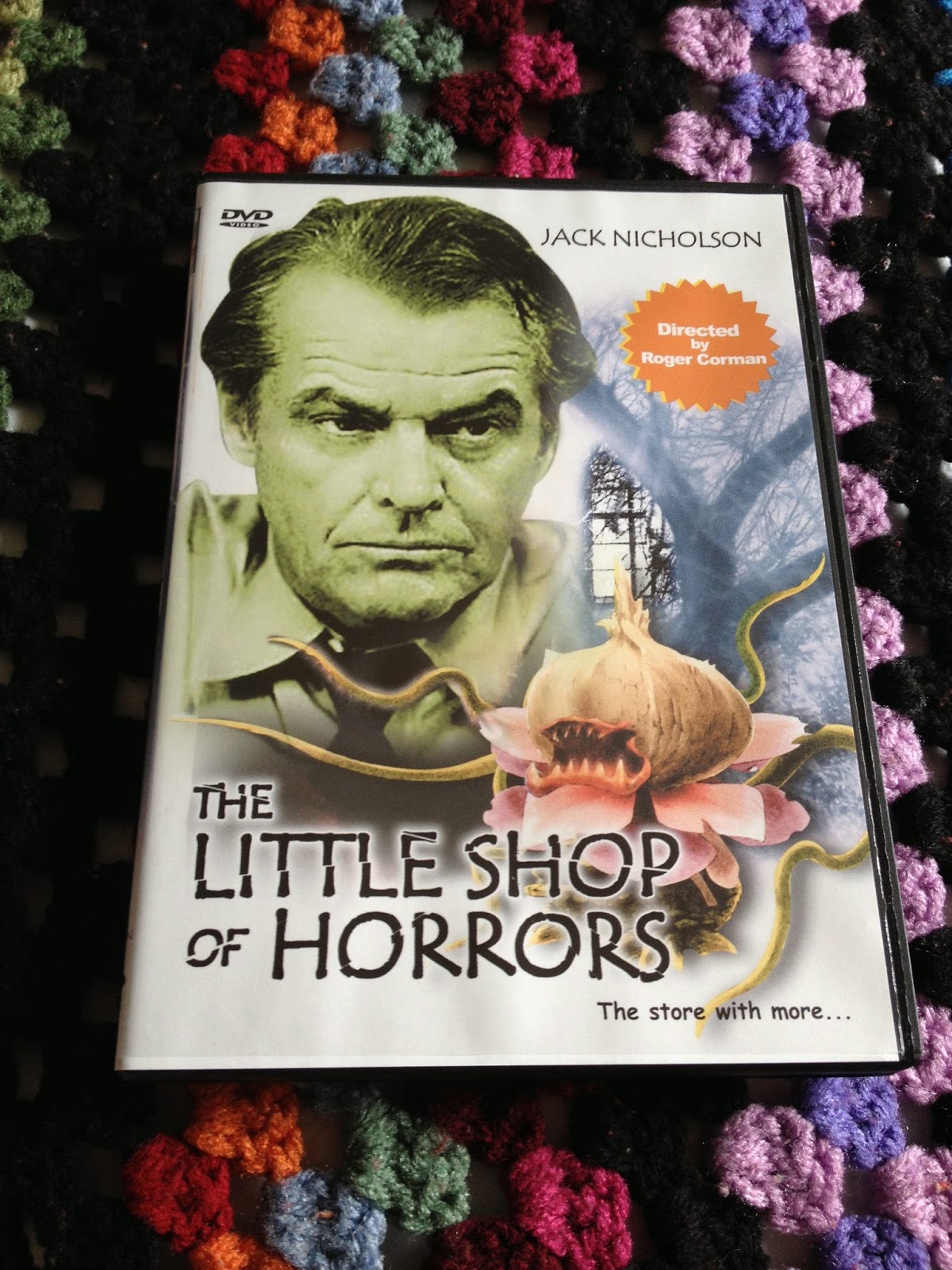 While I have seen the musical remake I would by no means call myself a fan. My familiarity with the story is slim to none not having seen any version of it in years. I can tell you this. The general story is EXACTLY the same as the remake. A flower shop employee comes across a mysterious plant that feeds on humans. Also it talks.
My first point of interest on this was seeing Jack Nicholson is in it. Since the DVD case had no screenshots outside of the front cover I had no idea he was barely in the movie (also the picture on the cover is him much older than he was in this movie.) He's not even billed until after about ten or more people in the opening credits. So of course the picture on the front was to sell the DVD. A common practice for older movies with actors before they were big.
Regardless of if Nicholson has a big or small role I was still curious because of another blurb. I had no idea this was directed by Roger Corman. If you're not familiar with him you may be familiar with some of his other works. Between 1955 and 1990  he directed or co-directed over fifty cheap B-ticket movies. Twenty four of those were made between 55-60. He is now and has been best known for producing equally cheap and cheesy movies. Including recent classics like Death Race 3: Inferno and Sharktopus vs Mermantula. In a way he's like a more successful Ed Wood who didn't have to direct erotic films late in his career (I'm not kidding.)

Now I like Corman. He's cheap fun. I can say there were movies he's made or produced I have enjoyed. He's at the very least good at what he does. But keep in mind movies like the ones he makes are a dime a dozen. Maybe even a penny a dollar. Especially when it comes to his early works he did in the fifties.
Going back to Ed Wood, I actually have a small box set of Ed Wood movies. No joke commentary or bonus features that change the original feature. Just the straight movies as they were shown decades ago. Some are fun and others are unbearable. I have been a fan of 'good bad movies' for a long time. But in a similar way some good old movies haven't aged well, good bad movies have aged even worse. I can't remember the last time I watched that Ed Wood box set and The Little Shop of Horrors has reminded me why.

I can see the appeal that got the movie to cult status. This movie is nuts. Absolutely nuts. There really were very few movies like this back then. Even these days it's hard to find a movie that's as insane as this was the way it was. Among the insanity are a few fun scenes. But that's about it. I can understand why people like this but I am not part of it. I didn't find it as fun or good as people make it out to be. I definitely disagree with the 92% rating on rotten tomatoes. Which means the critics on that website believe The Departed, an academy award winning film that actually stars Jack Nicholson is equally as good.
This is definitely a case where nostalgia and the idea of 'cult status' blind a movie from how bad it really is. I mean, I absolutely love bad movies like Birdemic but I recognize how terrible it is. Also, just because it was made so cheap does it mean I have to judge it by different merits? Yes and no. And I do believe low budget, independent films can rise above the big budget blockbusters, but I didn't feel this was necessarily the case. It has some good ideas but overall I found it to be a letdown considering the history behind it and the status it has reached.

I feel like I just watched the academy awards, being told how good all these movies are. Only to see a select few and find out there were some over-hyped stinkers in there. I probably don't have to tell you this but if you're gonna watch a Shop of Horrors I'd lean toward the music movie from the 80s. Maybe if I was there in the thick of it in the early sixties I'd be more on bored. But I wasn't and I'm surprised I didn't enjoy this more.
Didn't hate it, simply disappointed.
Posted by Thirsty->Cat at 9:57 AM