Not too long ago Sony was hacked once again. Something I think they need to beef up security on because it seems like this has happened to them more often than other companies recently. I remember when the Playstation Network was hacked some five or so years ago. The network went down for at least two weeks, preventing any and all Playstation 3 owners from going online with their console. It sucked but they came back by giving away some free games to all Playstation Network users, which rocked, cause I got InFamous and LittleBigPlanet for nothing. Still it was unfortunate none the less.
This most recent hack seemed to mostly attack their movie end of things. Movies that were either still in theatres or soon to be released in theatres were stolen and leaked online among other things. I'm not too interested in talking about the history of what happened with that. What I'm interested in talking about is the fate of The Interview. 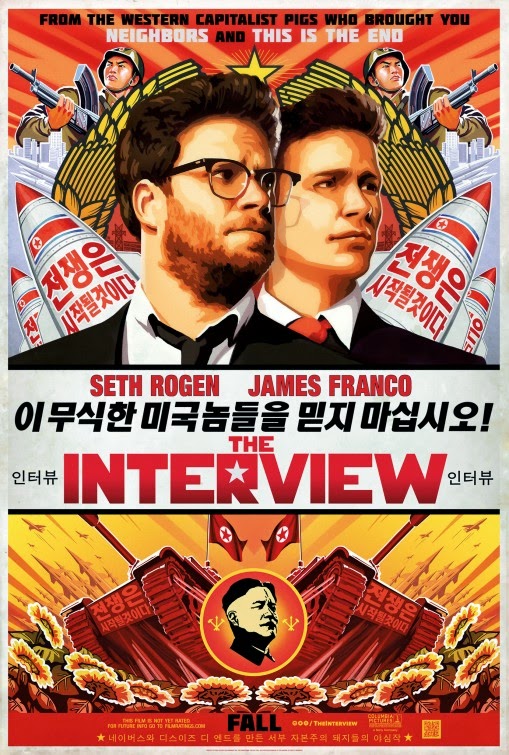 Something I was really looking forward to seeing.

In case you haven't seen trailers for this let me break it down for you. In this comedy James Franco plays a famous tabloid talk show host and Seth Rogen plays the show's producer. They find out the North Korean dictator Kim Jong-Un is a big fan and wants to be interviewed, but in order for that to happen they have to do the interview in North Korea. Before leaving Franco and Rogen are approached by the CIA who turn their trip into a mission to assassinate the dictator.
Well it turns out that concept didn't please some people. Just a day or two ago it was revealed that within that Sony hack there were terrorist threats against any theatre that screens this new movie. Described as "9/11 attacks." Many theatre chains both big and small immediately dropped out of screening the movie, not wanting to take the risk. Then on December 17th Sony officially cancelled the Christmas Day release with no word on the future of the movie.
It came as no surprise to find out these terrorist threats were in fact from North Korea.

My immediate reaction to this is... why now? What makes The Interview an exception to so many other movies that have come along, poking fun at or even depicting hatred, even death toward political figures both from the past and currently in power?

First off, I understand why they're scared and pulled the plug. There have been and will continue to be many reasons why theatres or distributors will pull or delay movies for one reason or another. I remember when the goofy comedy no one remembers Big Trouble was delayed at least half a year. It was set to come out late September or early October 2011 but was delayed after 9/11 because of a scene involving a bomb on a plane.
I actually remember it being a pretty funny movie despite the coincidental reminder of a horrible tragedy only months earlier.
Then, I totally think threats like this should be taken seriously. While I'm sure there's plenty of actual commentary and satire regarding North Korea and the notorious modern dictator many people are going to see this for laughs and entertainment purposes. It's something we shouldn't feel we have to risk our lives for. I hope you haven't forgotten what happened at that midnight screening of The Dark Knight Rises when a man opened fire on the crowd. It has the possibility of being like that only bigger.
While it would seem unlikely to happen at your theatre, considering this was a wide release hitting thousands of screens, it isn't worth it to waste anyone's life just to get it out there and make money. Honestly if it was still released I wouldn't be too worried about my local theatre getting hit... but you never know. Maybe there's some hardcore North Korean supporters in my area and it would be just my luck for my screening to get hit.

Despite all that I'm trying to figure out what makes this situation unique or different from other movies making fun of or depicting the death of a political figure in a comedy. Was this the straw that broke the camel's back? Is there something in the movie that is particularly offensive? Or is it just a weird timing thing?
I ask because one movie from a few years ago comes to mind... Team America... 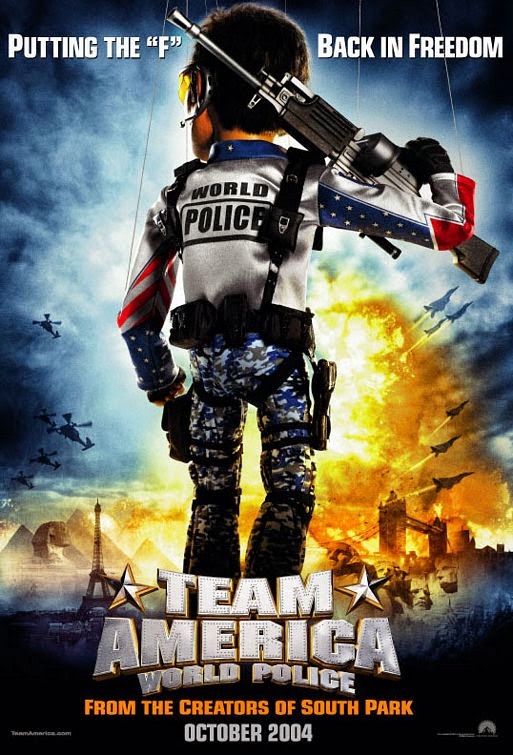 Yes, the puppet movie from the South Park guys.

I'll bring you up to speed again if you haven't seen this. Team America is another comedy that is part Thunderbirds parody and many parts satire on the modern perspective of America's ego about itself. In this comedy Team America is a group that fights against terrorists in a post-9/11 world. Basically saying "America solves all the world's problems." The main villain of the movie is North Korea and Kim Jong-Il.
The movie is a crazy and over the top. Many of which are a crazy characterization of Kim Jong-Il. Jokes and representations I'm sure many North Koreans would find insulting, even hateful. And want to know what happens by the end of the movie? Kim Jong-Il is violently killed. Sure it was a puppet version but the message was still clear.
So why didn't Trey Parker and Matt Stone get in huge trouble? Why didn't it become as big an issue as The Interview? And since The Interview seems to be so controversial for North Korea, why haven't Trey and Matt been in even more trouble than they already have for outright making fun of and mocking many figures, not just celebrities?

It's like we live in a very picky world where people have a problem with very specific things for no logical or connecting reason. Which is why I can't figure out why The Interview is such an exception to the countless other insults and jokes towards North Korea of the last decade or so. They've become such a huge joke, at least here in the states, there only second to Nazi in terms of being made fun of.
Speaking of Nazis... lets talk about The Great Dictator. 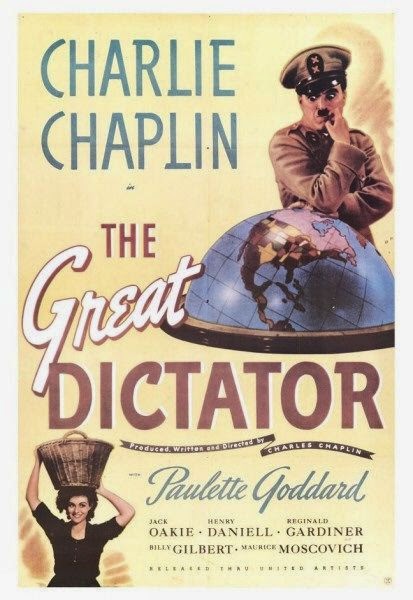 If you haven't seen Chaplin's 1940 classic you really should. It's a brilliant piece of art that blends comedy and social commentary during one of history's darkest times... and was released while that dark period was still going.
In The Great Dictator, Charlie Chaplin plays two roles. One as a poor Jewish barber, and the other as a fictional dictator that was clearly based on Hitler. The whole thing was highly controversial and the only reason it was made was because Chaplin financed it himself. Everything about this movie was mocking Hitler. The way Chaplin looked, acted, everything. Even having his other character be Jewish was a knock because Hitler thought Chaplin was Jewish.
Keep in mind this is while the war was still going on, but before America really became involved and before we found out everything we knew about Hitler. Chaplin even said if he knew about the concentration camps at the time he wouldn't have made the film. But still Chaplin made a controversial film on his own against one of the worst bad guys of history and it still didn't get a reaction like The Interview did. Granted it was a different time, context, and whatnot, but it seems like the worst is it was banned in many places. I haven't been able to find any evidence the movie-going public had anything to worry about.

I guess what my ramblings are trying to communicate is we've seen similar, if not more intense forms of parody and mockery in creative outlets in the past but not met with this intense a reaction. I'm wondering what the fate of the movie will be. It may never come out in theatres. But based on this initial reaction I wonder how long it would take to get to home video or VOD.
When it comes down to if this should or shouldn't have happened my reactions is a bit mixed. Yes I think it should have still been released, but at the same time it seems like the threats were pretty real. A lot of people, celebrities included, have commented on the situation saying it's an attack against creative freedom. Something I support, but maybe there's something we don't know. While writing and researching this I saw that the freaking White House is planning a response to the hack and threats. North Korea is pissed the hell off and lives could have been in danger if this was released.

Am I disappointed? Yes I am. I was really looking forward to this movie. I loved This is the End and I thought Neighbors was pretty damn good, too. But why this movie? What was in it that was so controversial that it warranted this kind of response when there's so much mockery towards North Korea to begin with? Such a sad and odd situation that I feel has gone way overboard.
If and when this movie comes out I plan to show my support for it. I will see it in theatres... or if that never happens I'll rent it on VOD. Hell I'll even buy the DVD or Blu-Ray just to show support and help them recoup the loss this terrorist threat brought the filmmakers and the studio.
Everyone is calling Sony cowards, hating on them, and I understand why. Still I feel they're playing it safe. Creative freedom is one thing, putting the lives of the public in danger when all they want to do is laugh is another. If my life were truly in danger to see this movie I wouldn't go and I suggest the same. Only so much talk will get through to someone insane enough to threaten a 9/11 style attack on fucking movie theatres. All for a comedy that probably won't change the world.

As a P.S. to all this... did you know there was a faux-documentary that was a (obviously) fictional account of President George W Bush being assassinated? That was released while he was still in office? Made with a serious tone. Still, kinda puts The Interview in a different light I bet. 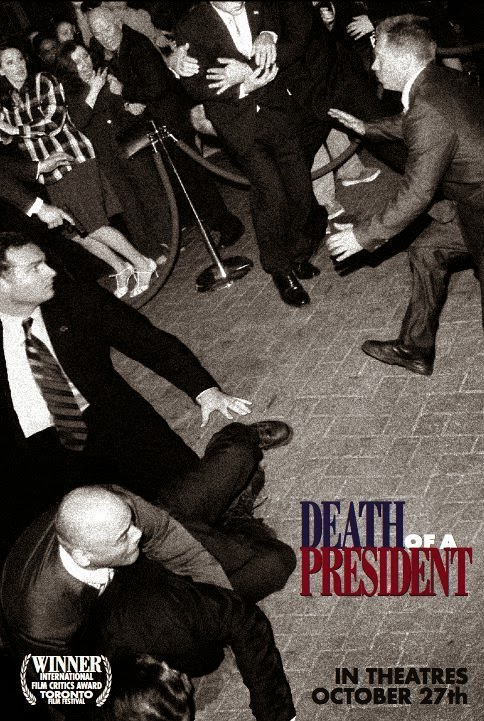 But, really, you should see this. It's very well done.

I'm sad... but happy everyone will be okay at the movies this Christmas. We don't need unnecessary deaths just for a movie to come out. And if this all turns out to be bluffing, with no real threat and just a bunch of assholes messing with Hollywood, well that'll be even sadder.
Posted by Thirsty->Cat at 4:25 PM