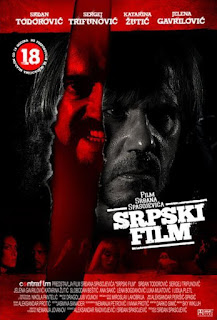 WARNING! WARNING! The following review discusses a highly controversial film that contains explicit and unsettling material. If you do not want to read about that I suggest you turn back now.

History: A substantially controversial film from day one.
It was first seen through multiple festivals, starting with the South by Southwest Film Festival on March 15, 2010. During the introduction to the film the audience was warned about it's extreme nature and were given the chance to leave the screening.
When given a general release it saw many different forms. It ran in Serbia completely uncut at 104 minutes long with all screenings schedule late at night. When released in the UK it received many cuts, running in at 99 minutes. Then, when it hit the US it received even more cuts, bringing it down to 98 minutes, but still received the infamous NC-17 rating. Simultaneously it was released on VOD with far less cuts, totaling the runtime to 103 minutes, but still not fully uncut. The uncut version would eventually be released on DVD.
Due to the extreme nature of the film it has been banned in multiple countries, preventing it from not just a general release but for festival releases as well. These countries include Spain, Finland, Portugal, France, Germany, Australia, New Zealand, Malaysia, Singapore, Norway, and Brazil. However the Brazil ban has since been lifted.
Across the board the reviews were very mixed. One common response calling it an unpleasant experience, and whether they mean that it was effective or over-hyped depended on the viewer.
The filmmaker provided explanations to why his film was so intense after the release. I will talk about these more within the review itself.

Personal History: I heard about this after it made it's initial theatrical release, sometime in 2011. I've always been curious about it but never took the plunge on buying the DVD until now.

Version I Watched: The slightly shortened 103 min cut. I chose this because this version was $10 on Amazon but the full 104 min cut was $30. Since I didn't know if I'd even want to keep this I went with the less expensive option with minimal compromises.

Review: Well... this film experience was not what I expected and not in the way you may think.
Going into A Serbian Film I was fully aware of the explicit content in A Serbian Film. Almost too much. I was so caught up in what this was going to be I accidentally spoiled a lot of what happens in the film. I knew about the horror violence, even some of the things that happen in the climax of the story, but I didn't have full context and how it all happens. So I both did and didn't know what was going to happen next.
Did that ruin my experience? Not a chance!

Here's what I didn't expect from A Serbian Film... how well put together it was!
Something I've found in many of these controversial or excessively explicit films is they are either made with a high production value but only have minimal, yet extreme moments that make the film as a whole controversial, or the content is so excessive from beginning to end but has a really poor production value. 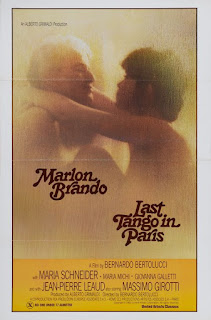 Example of the former... 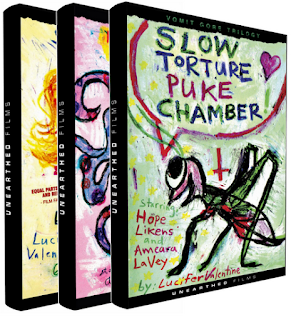 ...example of the latter.

Not to mention some of those excessively violent, sexual, or overall harsh films have characters and writing that is terrible or not worth mentioning. Mainly because some (many) of these films that are discussed as such are made seemingly for the purposes of the explicit content with little to no redeeming artistic or cathartic values otherwise.
There are always exceptions... 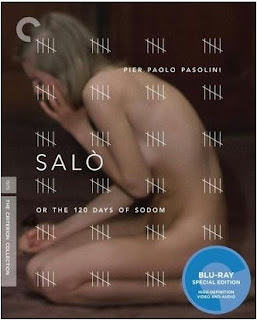 One of the harshest experiences in film, but underneath that is plenty of social and political commentary done in a genuinely well done artistic style.

...and A Serbian Film is one of those exceptions.

I was caught completely off guard by the excellent production value of A Serbian Film. It was shot incredibly well (using a RED camera, naturally.) It didn't just point and shoot, it definitely had a purpose giving the right focus at the right time.
Speaking of which, talk about excellent storytelling and pacing for a film of this kind. Most other examples would jump right to the sick and nasty without much story or setup. Granted it does touch on what your average, conservative MPAA rater would consider NC-17 with some explicit sex scenes right in the opening (seeing as how the star of the story is a porn star.) But what makes this film so infamous don't come into full play until at least the second half of the story. Not that there aren't horrific things happening before that outside the pornos our... hero?... has starred in.
What surprised me the most about this is that I didn't mind. Seeing as how it was surprisingly well written, for what it is, it left me engaged in the story and characters in a way I never imagined I would be. It wasn't like in Hostel where the audience was forced to spend an hour with unlikable characters you're waiting to be killed off, only to be treated with twenty minutes or less of what you came to see (may be a slight exaggeration, been a while.)

Having this well done storytelling and visual style do help the latter half of the film to be way more impactful. We learn so much about the star of the show as well as his family. We meet his wife and son. The relationship he has with them is very likable, regardless of what you think of his career choice. Then all the horrible things in the second half happen against his will and it makes you feel terrible. Especially the final, final moments when something especially horrible happens, only for something even worse to be implied before the credits roll.
That emotional impact that I did not expect to see helps make A Serbian Film stand out in the 'gross out' genre as I like to call it. Films that are so beyond the pale or so excessive in their content that they only seem to exist to gross out the audience. Whether they do or not the evidence of the excessive 'gross out' elements are on screen.

Which makes me wonder... what would have A Serbian Film been without the excessive content?

I am a fighter for these kinds of films to be better understood. To look past the excessive content and figure out why it's there or what is underneath it all. Well the thing that majority of the American audience would not understand is how the horrendous experience that is the last half of this film (well the film as a whole, really) is a big commentary on the Serbian film industry, hence the name.
In Serbia, and really around the world, there's a sense of political correctness in film. A sense of following a certain set of rule regardless of how the film actually turns out in terms of overall quality. A Serbian Film takes a cynical look at that by making their story an un-politically correct as possible. So many horrific things happen in this film that I don't even want to repeat them here. But I'll ask the question again... do they need to be here?

You bet your sweet ass they do if A Serbian Films wants to be what it intends to be. 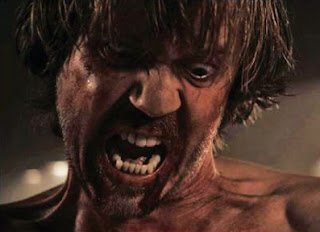 Many of you won't what to see what happens next in this shot.

Something that people seem to forget is the purpose of horror is to make the audience uncomfortable. Whether that's by screaming "boogaleeboogaleebooo!" at them to make them startle slightly or by psychologically destroying them with unique context and character situations. Then when something excessively violent or whatever in content comes along it automatically gets thrown under the bus for being shallow.
The use of violence to an extreme level isn't always shallow. If anything it's shallow for the audience always to assume something is shallow just because it's intense in nature. There's beauty in subtly but that doesn't mean the more excessive elements don't have their place.

The most effective horror films are not based on how much gore is in the story. The effectiveness is what impact it places on the person experiencing it. If the audience leaves a horror film full of excitement because they had fun with the scares, that's not exactly effective. It's better than boring but it's a far cry away from what horror can do. To me it's about feeling uncomfortable. It's about becoming irrationally afraid of what's hidden in the dark or around the corner just because you saw that exact thing in a movie only days prior. It's about getting horrible images stuck in your head that play over and over again like a GIF in a browser window you can't close, and your eyes are held open like in A Clockwork Orange. 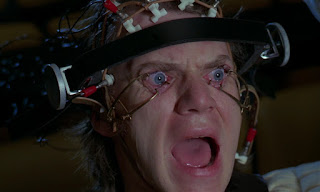 And now I'm imagining watching A Serbian Film again but like this.

A Serbian Film took a lot out of me. It was a harsh experience that literally had me curled up on my couch during the more intense scenes. That NEVER happens to me anymore. I thought I saw it all after experiences like Salo, Cannibal Holocaust, Caligula, Men Behind the Sun, and the list goes on. But I guess no matter how far out there something is there's always something worse. That is, until you get into snuff film territory. Then it's just illegal.

Did you ever see Faces of Death? Overrated garbage. And, no, it's not a real snuff film. The only 'death on film' was footage that just so happened to catch such tragedies and was reused here. Otherwise it was all staged... where was I?

This is definitely not something I would watch a lot simply because of the excessive content. And technically I had the slightly cut version because of the price difference. Still that one minute missing did not break the experience. It has more than enough to make this one of the most horrific film experiences I've ever had. Not only that but one of the most satisfying I've had for a film of this kind. There are really very few of these 'gross out' or 'explicit in nature' films that I really enjoy on almost every level. This one is easily up there. For what it is it is a good, no, GREAT piece of cinema... only most of you won't ever see it because you wouldn't want to.
Did I like everything in it? No, definitely not. There were a few things that I felt even went beyond the pale of the pale it already went beyond and were unnecessary. Things that almost destroyed me (if you've seen this film I think you know what I'm talking about.) And there were times when I wish it was either paced or constructed slightly differently, but those are minor gripes compared to all the good here.
It sounds and feels weird giving this so much praise and support because of that excessive nature it has. And if you were to ever talk to me about it in person I'm sure I'd talk about it how rough an experience it was. Still I cannot deny what it does right objectively. There's art to what it places on screen, art that may be hard to understand. Simply put... 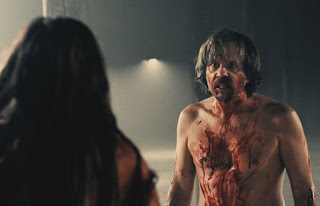 By the standards set in the film, this is a tame image.
Posted by Thirsty->Cat at 9:25 AM