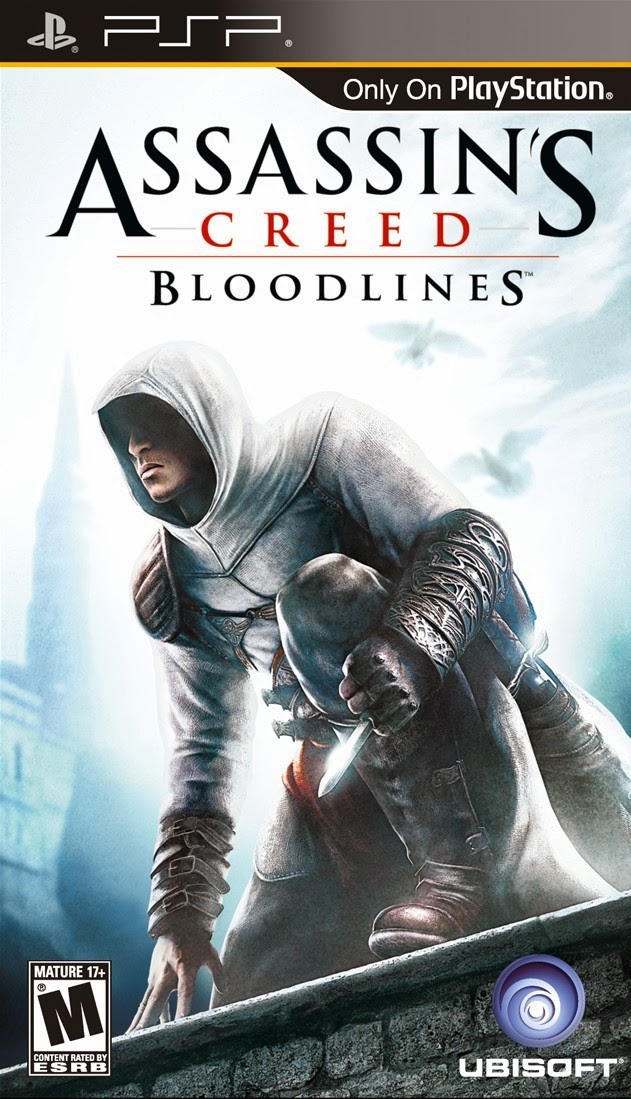 Review: I have a checkered past with Assassin's Creed. I played through a few hours of the first game in college on a friend's XBox 360. He was so nuts about the creed right from the beginning that he ordered the collector's edition and even got the cosmetic plate for the 360, all before actually playing the game (as far as I know). 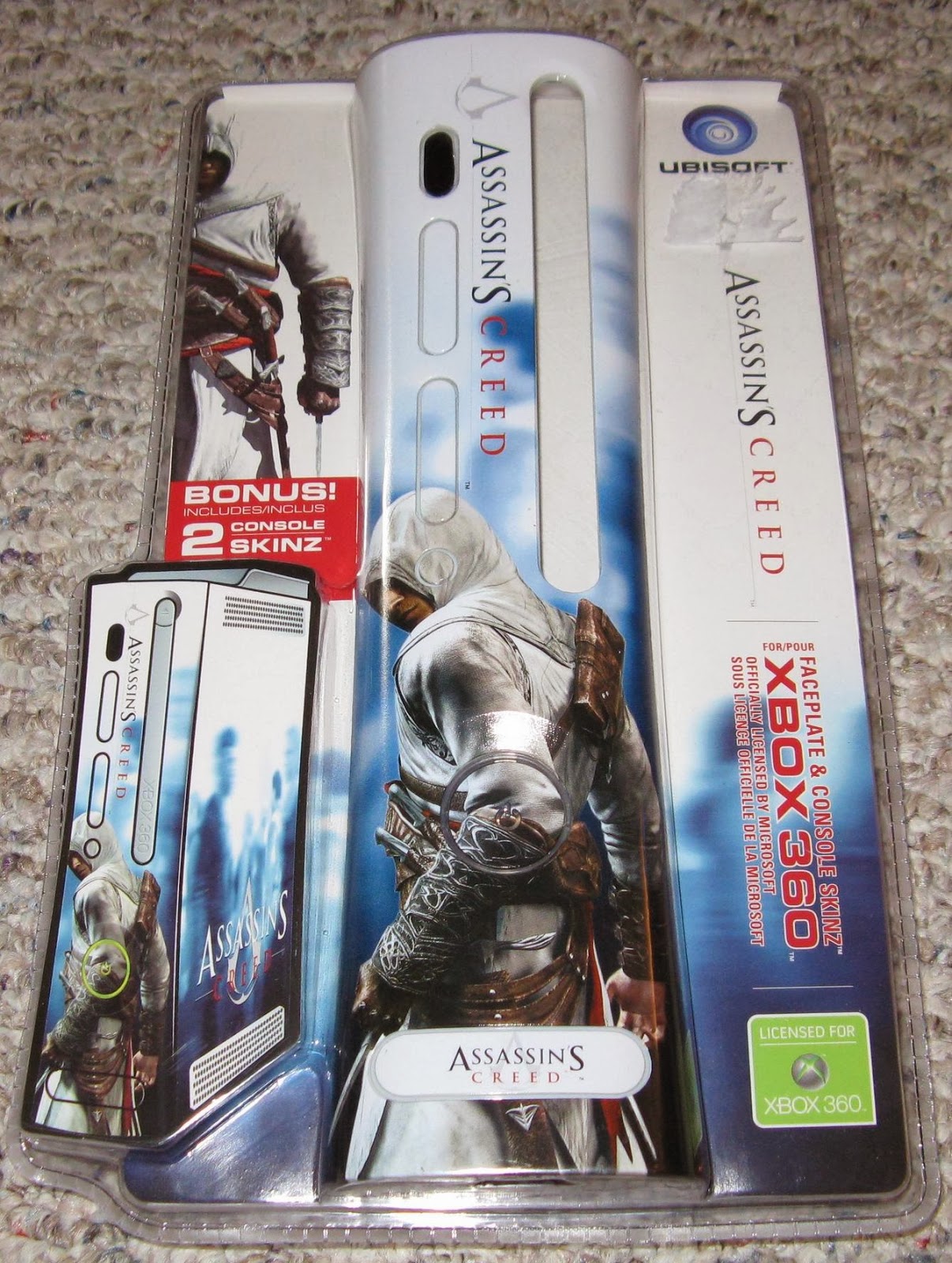 I still recall the smell of his dorm.

So of course he made sure to let me know about this game and gave me the chance to check it out. I would go to his dorm every now and then to play. For the most part I was into it. The first game did have some very clunky controls, a lot of wandering around doing very little assassinating, and a speed limit on horse of about 2 miles per hour or else your ass is set for the death penalty. In short, good concept but plenty of problems. I never finished it on his console. I wouldn't even pick it up again until after college when the first game was sent to me (as a pass it forward sort of gesture) by another friend for the PS3 (cause fuck XBox). I got more into it this time. It actually reinvented my interest in the franchise. It didn't take long for me to buy the 2nd game and so forth. I was even lucky enough for the Ezio Trilogy 3 pack to be released shortly after finishing Assassin's Creed II, giving me a good deal on the next two games while making a couple bucks back by selling my individual copy of the 2nd game. I get through all those and then I get to the third game. Not nearly as impressed... and I'm still yet to play IV or Liberation.
And that brings me to now where my interest hasn't been as strong. I'm hoping IV will get me more interested in the franchise again cause I do find it very entertaining. While I still consider the first game to be the worst (unfairly retrospectively speaking) III did disappoint me, especially after playing through three (similar but still...) great games. Until I get to IV or III: Liberation on Vita I decided to jump back to visit a side story in the franchise. Hard to turn down an old PSP game when it is only $2.50 during an Ass Creed sale.
Now $2.50 was pretty much the price I'd pay to get this game. Okay, maybe $5 but I was lucky here. The reason is because I knew right off the bat the game will be a lesser experience than the console mainline games. Is that mean for me to think? No of course not. Any portable version of any modern game will be a lesser experience for the most part. I have Mega Man II for game boy and it is very different than the console version. Obviously. This is a little different now with consoles like Vita and 3DS having more power inside, but the last generation of portable was not the case. Plus I dabbled briefly with Altair's Chronicles on iOS and I wasn't interested in playing through the game entirely. 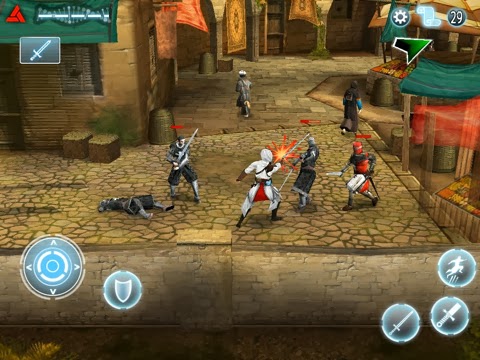 Honestly it looks like a poorly done PS1 or N64 port.

But I knew the PSP was a more powerful system than iOS (of course) and the Nintendo DS. Have you ever played the God of War PSP games? Amazing what they were able to pull off. So for a AAA franchise to port a version of their game to the PSP does seem promising. 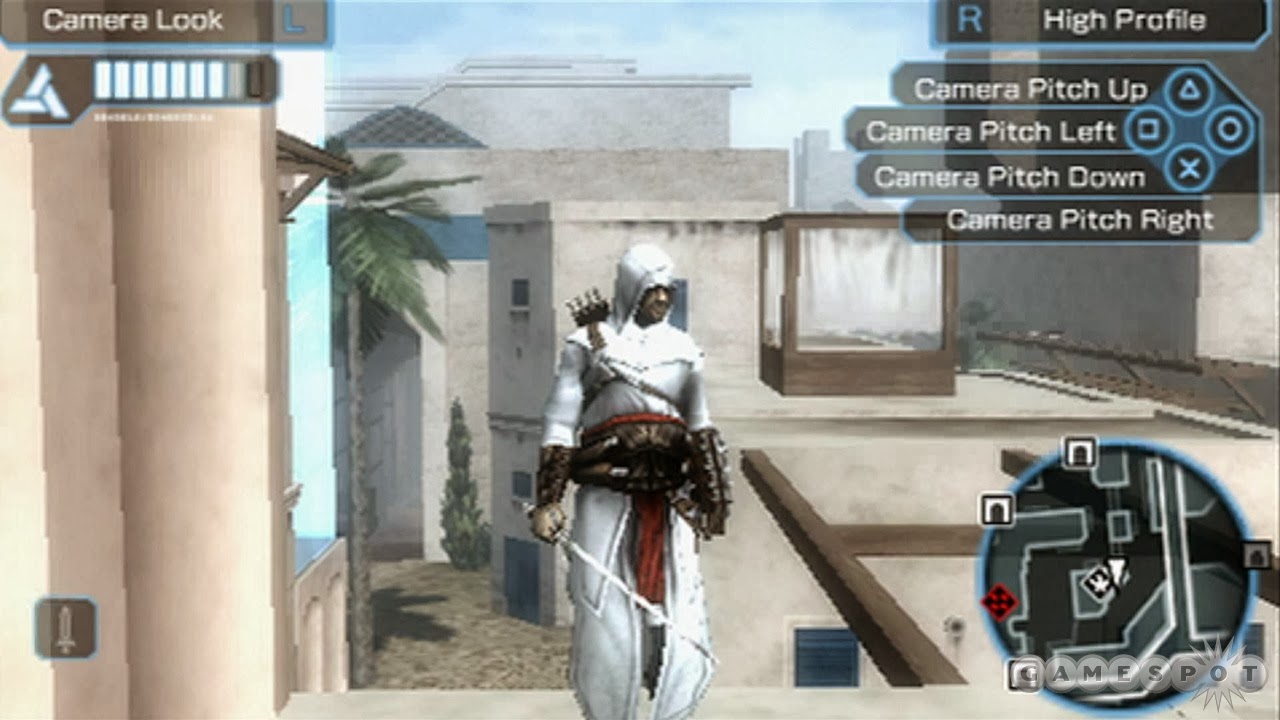 Much better. Even if it looks like a budget PS2 game.

The first thing that I noticed about this game and was impressed by was how it did attempt to stick to the gameplay style of the main console games. It's still runny, jumpy, stabby in a free form way with side missions to break things up. You still need to jump to the top of one of the highest towers to sync up the map to open up all the objectives. There's still a bunch of guards running around to slash your ass open the first chance they get. And you still have your arsenal of blades at your disposal giving you a bit of variety in how you want to handle some of the kills. It is cool that they were to somewhat cram the console experience into a handheld. I was a bit surprised to see that, but since there was a competent version of Dynasty Warriors at launch for the PSP it should come as no surprise they were able to do that.

Despite the little praise I just gave the game there are, unfortunately, more downsides than up. Think back to the first Ass Creed game. It was a buggy mess with a lot of issues, but still functional and fun. Imagine that game but much more limited in scope and overall a lesser experience. That just about summarizes Bloodlines.
Yes the game has the same gameplay style as the console games. But due to the technological limitations you don't have multiple large maps making for a massive world. You have a bunch of very small maps that make up an okay sized world that would add up to just one of the cities in the game it was spun off from. But I get that. The technology is limited so you can have only so large a world. Still I can't help but reference back to the God of War PSP games. Those were so well done that they simply felt like portable versions of the console games with very few, some barely noticable changes. Mostly in the graphics and minor changes in control. But the core feel was there that was in the console games. Yes that's dealing with different generations of source material. God of War did original on PS2 whereas Ass Creed originated on PS3/360. Still when I look at the cities I can't help but feel they don't have their full potential.
This is also present in the side missions. How hard can it be to have a mess of side missions like the main game? Seriously! With each map you run through there's maybe two, three side missions. I won't complain about the lack of variety in the missions since that's not any different from the main games. Although it's ironic I complain about this because a common complaint with padding out gameplay is to have a mess of side missions. I think the reason I was more okay with these was because they weren't a whole hell of a lot different than the main story. It was like the writers had a bunch of leftover bits from the main game so they threw them into the side stories to, again, pad out the gameplay. Doing the same kill contracts, message runs, etc until the credits roll. But really you're not gonna want to play them much since the game is too easy and you'll want to be done as soon as possible.
Thankfully it is relatively easy to get to the end without issue. Once I got all the power ups I wanted (didn't feel the need to increase my throwing knives capacity) I just powered through the main missions cause I wanted to see if the end was any different than the rest of the game. And of course it wasn't. Much like the console games you go through a long, winding road fighting many guards (who are super easy to kill, even in the end), face the final boss, escape, and credits with a stupid ending that adds nothing to the overall story. Which is a good way to describe this game. It adds nothing to the franchise. It's such an obvious cash in it's hard to enjoy.

But am I really supposed to accept anything more from this game? If I'm playing the side story to a bigger franchise on a more obscure console should I really expect anything more? Well in one way or another yes. I think one should. Sure you're not paying for a full blown sequel, but I imagine this game was minimum $40 day one. That may not be full AAA price but it's also at least 2/3 the AAA price. So wouldn't one expect at least 2/3 the experience? Again, the first Ass Creed was very buggy and looking back quite broken. This game added nothing, if anything tried to imitate but on a smaller scale. Did it succeed? Yes, a little bit. It did provide an element of the right experience, but not enough to make it interesting or worthwhile.
In the end this game does look good and functions about as well as the console counterpart (take that as you will). On the other end, the game is not really that fun, the side missions don't add much of anything at all, the power ups are barely necessary since it's so easy to kill guards from the start, and the story is practically non-existent. You don't care about what's going on. It feels like poorly written fan fiction that REEEEEEALLY wants to be Ass Creed only to fail in most, if not every way.
Even as an Ass Creed fan I can't say to pick this up. If you have a PSP or Vita and another sale comes along where it's 2 freaking 50 then you could do worse. But don't go out of your way. Only try and get if you're more of a completionist with the franchise or if you're a game collector as is. Otherwise don't bother. Even if you're a Creed fan (with arms wide open) don't bother. You'll only be disappointed. Stick with the main games.
Now it's time for me to get my hands on ACIII:Liberation. A portable Creed (can you take me higher) that looks like it does it right.
Posted by Thirsty->Cat at 5:28 AM