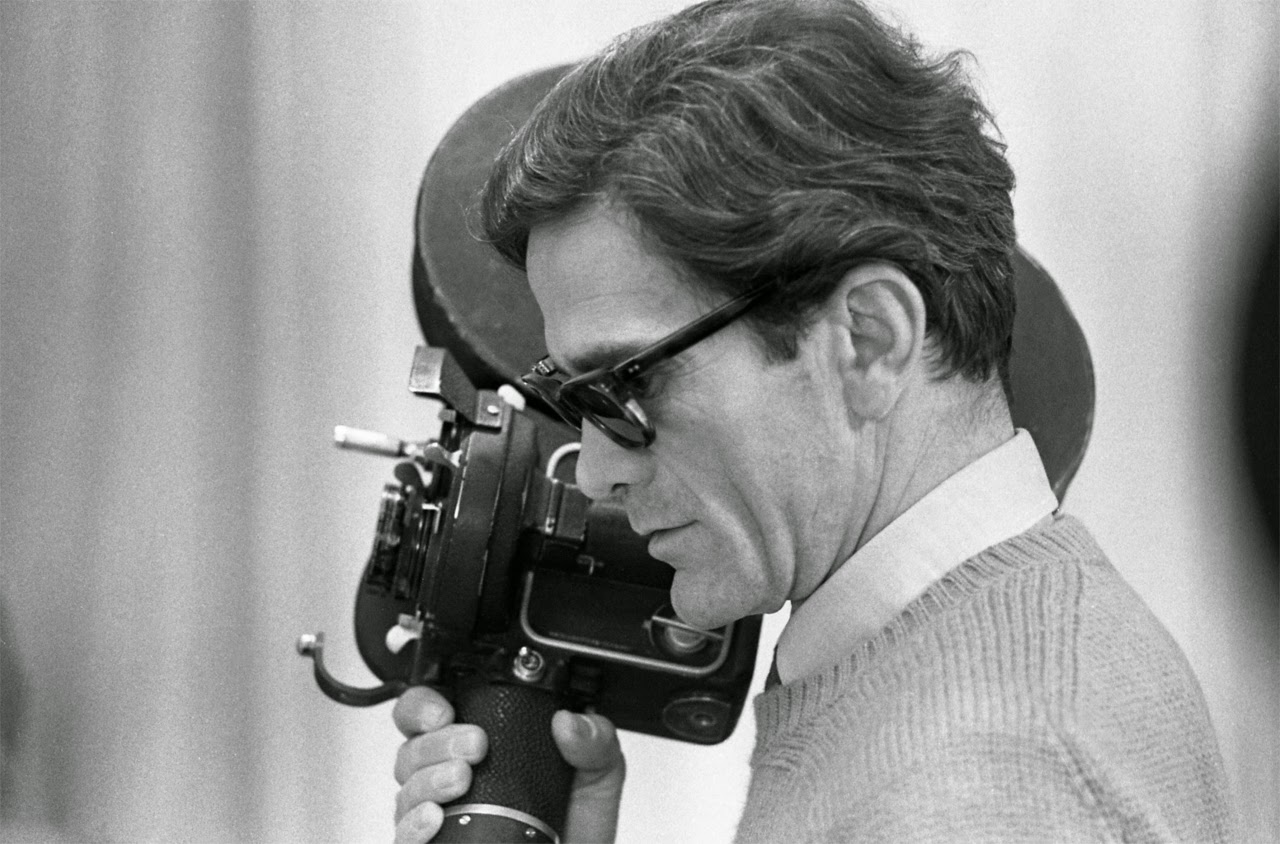 This isn't a review nor an installment of The Second Disc. Just some quick thoughts about a new film being produced based on the controversial film director Pier Paolo Pasolini, as well as some history on the director himself.

First, what we know about this new film, which is very little. 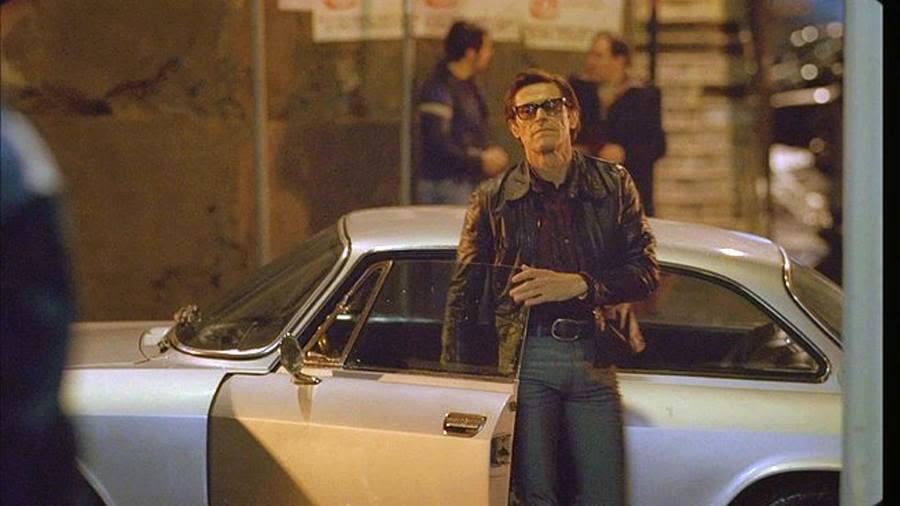 And it's pretty much this one screenshot.

The part of Pasolini's life it will cover is in 1975 during his final days leading up to his very mysterious death. More on the man himself in a little bit.
The role Pasolini is being played by Willem Dafoe who is always a good choice (One of my personal favorites AND was born not far from where I'm from). Not to mention he's a good choice for a controversial figure in film. Dafoe is not shy to controversial films. He's been in a couple of Lars Von Trier's recent movies, Antichrist and Nymphomaniac, both of which have been controversial for their intense violence and/or sexuality. Not to mention he played Jesus Christ in one of the most controversial religious films ever made, The Last Temptation of Christ. Plus he's a solid actor so there's that too. 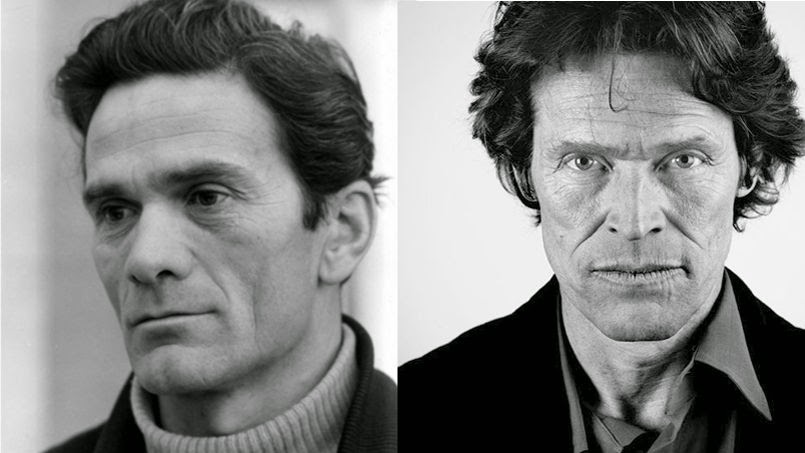 The film is written and directed by Abel Ferrara. Likely best known for directing King of New York, the 1992 Bad Lieutenant (a recent review I did), and the cult horror classic The Driller Killer. I haven't seen any of his movies outside of Bad Lieutenant but I've heard both dynamically good and atrociously bad about his work. It seems like a lot of his higher praised movies were made anywhere from fifteen to twenty years ago. Whereas some of his recent movies have been here and there with praise and panning. One of which that stood out to me was 4:44 Last Day on Earth. I remember that one getting pretty bad reviews when it was released (yet I'm still very curious). Regardless he's got a big career and he could always come back with something great.
But that's about all we know. That and the screenshot of Dafoe exiting the car I posted a couple paragraphs ago.

Still the idea of not just a movie about Pasolini but about his final days is a far more interesting story than many other biopics that come out. This will have a lot more mystery and will be all in all more satisfying a story. I find it annoying how most life story movies are constructed the same way. Something's telling me this won't be the case because of the sort of life Pasolini lived.

Pier Paolo Pasolini was born in 1922. While he wrote his first screenplay in 1954 and released his first film in 1961 he was already considered a success before entering the film industry. In his life before film he was a writer of poetry and books. By nineteen he was a published poet and soon thereafter published plenty of novels and essays. His early writings and even later writings would be reflected in his films as two of his films were based on his own novels. Including his first film Accattone.
Much like I mentioned earlier Pasolini lived a controversial life. This started in these books and films and everything else he did. Many of his works dealt with very serious issues and situations. And many of his works were violent in nature. Not necessarily that there was a ton of blood and gore. His works were vicious in nature and execution. Not a chipper set of films from this guy. That first film of his, Accattone, is about a pimp whose life goes on a downward spiral after his prostitute is sent to jail. That's just the beginning of his film career.
Between 1961 and 1975 (the year of his death) he released twelve feature length films and a handful of shorts and documentaries. Almost all of which were either dark, disturbing, violent or sexual, yet unique and surprising films. But not all of them were as intense as I've been describing. Matter of fact he directed one of the most well received films about Jesus Christ ever released, The Gospel According to St Matthew. A film I am yet to see but hear nothing but great things. Not to mention it sounds unique from the rest. Critics and fans calling it a masterpiece, and an honest portrayal of Christ without overly-preaching it or romanticizing it. Taking it straight from scripture and showing it that way. Not downplaying Christ, simply looking at his life and resurrection from, dare I say, a bare bones approach? Something you wouldn't expect from a man who was openly an atheist.

Another part of Pasolini's life that was so controversial were his beliefs and life choices. Keep in mind his life ran from 1922 to 1975. Some of these beliefs and opinions weren't as widely accepted like they are today.
As I already stated Pasolini was an atheist. But on top of that he was a Marxist and had some involvement with the Italian Communist Party. Both of which are beliefs anyone can understand would upset the people of his time. I won't go into full detail as there are plenty of accounts of him getting in trouble because of his Communist beliefs and getting in trouble with the Communist party. One occasion in particular when one of his films didn't properly reflect the Communist ideals and beliefs. He was officially a member of the Italian Communist Party from 1947 to 1949 until he was expelled because of his homosexuality.
Strangely, despite being homosexual in a time when it wasn't as widely accepted, he didn't explore it a lot in his films. Come to think of it in the research I've done I've rarely found evidence of him using it even a little bit with the exception of Teorema where it's used prominently. I remember some of it in Salo but that movie is a discussion in and of itself. The biggest example is when he met 'the love of his life' while working on The Hawks and the Sparrows. His relationship with this actor was sexually brief by only lasting a few years. But he was consistently cast in Pasolini's films and remained close to him.
Still he tried what he could to express his views in his films not just in the obvious, but in tone and style. One thing he pushed a lot was the theme of picaresque neorealism, or a sad and realistic approach to depicting the lower class while using non-professional actors to keep the realism alive. So even if Pasolini was being satirical it could be a sad sight to see as it wouldn't be much of an escape for many. So many people didn't take kindly to his films because of the depressing yet realistic approach. Not to mention he would use themes of sexual behaviors of all kinds to explore the depths of his stories and characters.

His story can be talked about for ages as I've only scratched the surface. Of course not a ton of this could even go into the film adaptation outside of brief mentioning. But making the film based on the end of his life will be the most interesting. As what he was doing at the end of his life is what got me interested in his work in the first place.
Pasolini spent some of his final years firs working on a series of films based on medieval literature. The Decameron, The Canterbury Tales, and Arabian Nights. All three were released within almost a year of one another and followed a similar theme. Usually grouped together as a trilogy known as Pasolini's Trilogy of Life. While they all were based on specific works Pasolini wrote the films the way he wanted to see them so he could challenge and commentate on modern ideals and issues. While I'm not 100% sure why they're called the Trilogy of 'LIFE' I think I can understand why. I haven't seen them (The Canterbury Tales is the only one on Netflix right now) but have read plenty about them. They sound to be much more humorous than his other films and emphasize on more of the upbeat. Hence, life. Don't quote me on that, though.
Immediately following the Trilogy of Life Pasolini started working on the Trilogy of Death. A trilogy where only the first installment was made. Salo, or The 120 Days of Sodom.

Salo is how I found out about Pasolini. It's a deep film done in a very dark and disturbing way. The film is based on the book of the same name by Marque de Sade. A book so controversial that it was unpublished when first written in 1785 and wouldn't be released to the public until the 20th century. While the book takes place a couple hundred years in the past (understandably) the film was moved to a more modern time, during the last day of Mussolini's regime. By extension turning the antagonists from French Libertines to wealthy corrupt Fascists.
The film is rough to get through and as far from mainstream as it can get. Throughout the film's 116 minute run a group of young men and women are subject to mental, physical, and sexual abuse, many of which wind up dead (definitely not a spoiler as it's pretty obvious). Even to this day this film is considered one of the most controversial films ever made and I agree. I featured it in my post about NC-17/Unrated Taboo and said similar things about it. Yet it's a film that has equally fascinated people. I eventually want to do a full post. Really explore the film and what it's about. Give to you the horror and even the beauty of the art that went into it. Something I'd like to do one day after I get a better copy of it. My current copy is a piss poor rendition. Thank goodness for Criterion. 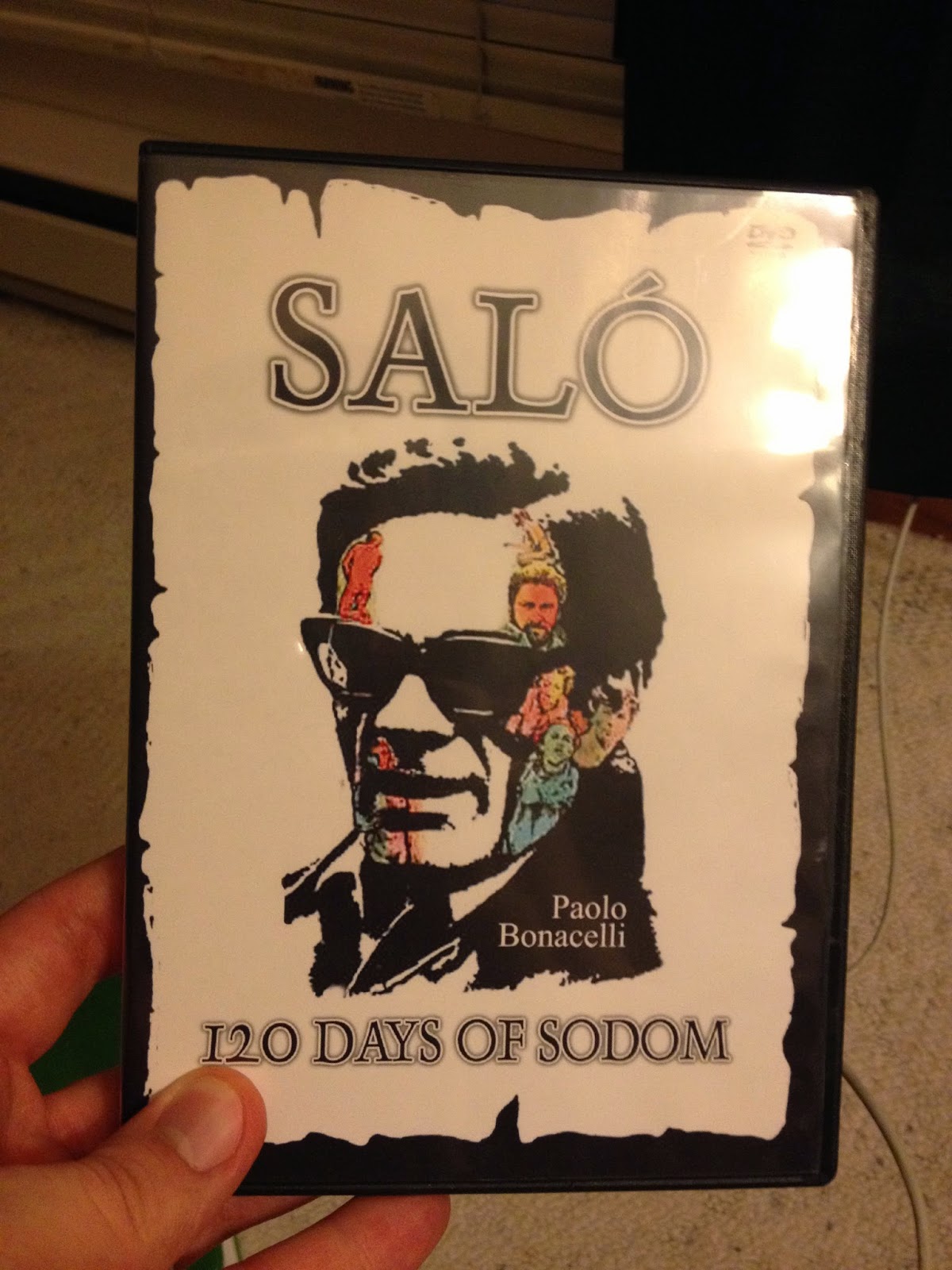 Yeeeeah, not so pretty...

Now just before Salo was released was when Pasolini died mysteriously. But he didn't just die. He was murdered.
On November 2nd 1975 Pasolini died on a beach near Rome after being run over several times with his own car. For many years it was believed that his murderer was a seventeen year old male prostitute who confessed shortly after the murder. However he retracted his confession a smudge under three decades later in 2005. Claiming he was forced to confess under the threat of violence to himself and his family. Instead he said the real murderers were three men with Southern accents. And sadly that's about all we know about his mysterious death. There's a possibility that he was killed by an extortionist who stole some of the rolls of film from Salo. Reports say Pasolini was going to meet with the thieves but was murdered before doing so. The whole thing is a big mystery that will likely never be solved.
That and I found it strangely poetic and fitting that such a controversial man died after creating his most controversial work.

Did this get you interested in Pasolini? I hope it did. He was a fascinating man who made many critically acclaimed films. I hope to get my hands on more of his works before the biopic is released. That way I can know even more about him before getting this new interpretation. Who knows? Maybe it'll give new insight into the murder, why it happened, who may really be guilty, and so forth. But even if it ends like Zodiac (not knowing who the killer really was) then I'm sure the journey to that end will be insightful and fascinating.
Posted by Thirsty->Cat at 5:22 AM